Here it is! ROAD DIRT! (the evil autobahn)

The latest release by Steve Dracup on GroundUpSound Records.

inspired by the novel of the same name by Stephen Jansen…

Further Than The Furthest Thing

Another new release in just a few days – well, whatever next!

Wonderful spacious reflective piano and electronic treatments here in the soundtrack album by Dennis Dracup, written for the eponymous stage play by Zinnie Harris and directed by David Emmet at Questors Theatre. 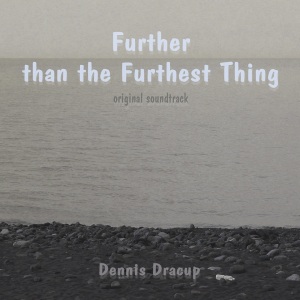 Well, to the untrained eye it may seem that nothing much has been happening lately – that’s because we’ve been busy behind the scenes working on three new releases!

First up: ambient sci-fi and other enigmatic quirkiness from Dany Tomasini, out now!

Soon to come are “Further Than The Furthest Thing” by Dennis Dracup, of music originally conceived for  the stage play, and “Road Dirt!” by Steve Dracup, an album of music inspired by the forthcoming novel of the same name written by Stephen Jansen…